Barcelona is the charming capital city of Catalonia, an autonomous community within the Kingdom of Spain. With over 1.6 million residents within the city limits, Barcelona is one of the world’s leading cultural centres. The main touristic attractions include Las Ramblas, Parc Guell, and the architectural masterpiece, Sagrada Familia. During the summer, various festivals brighten up the city.

Cheap flights to Barcelona are now available for a limited period of time, so get ready to be inspired by this incredible city! Barcelona is home to El Prat Airport (BCN), also known as Barcelona Airport. El Prat Airport is a 25-minute drive from the city centre. 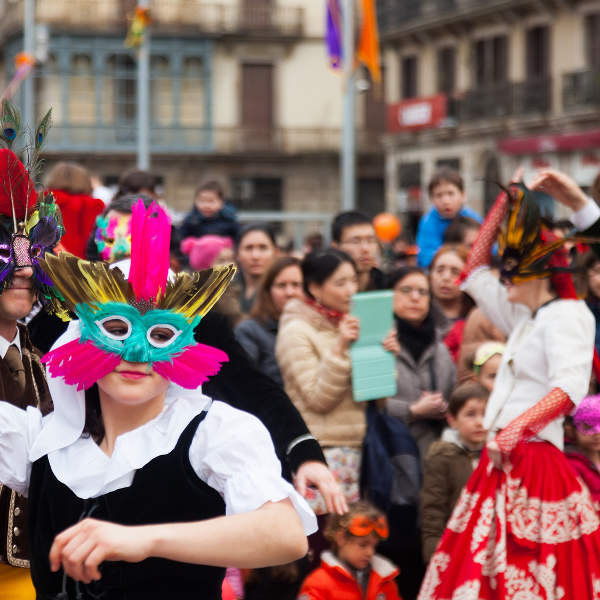 Lose yourself among the cobbled streets and absorb the lively atmosphere as you walk around the sights by day; by night, strap on those dancing shoes and be swept up by the charismatic bars and nightclubs. 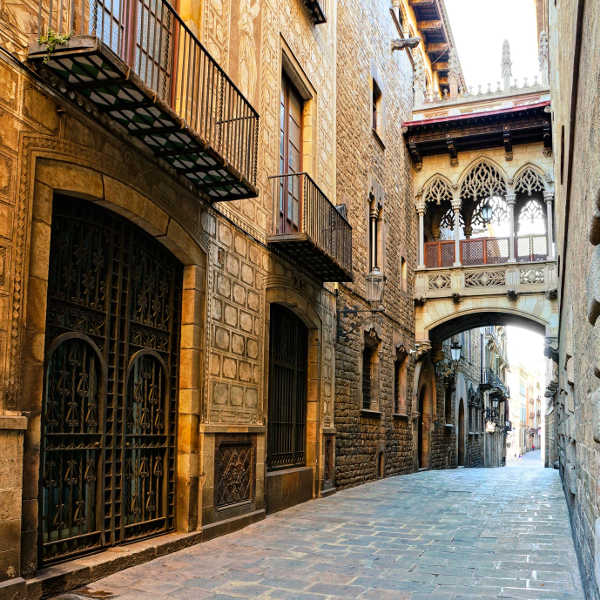 Barcelona’s Gothic and Roman influences are what make the city special. Stroll through the Gothic Quarter and marvel at the grand cathedrals and architectural jewels, such as Casa Batllo. 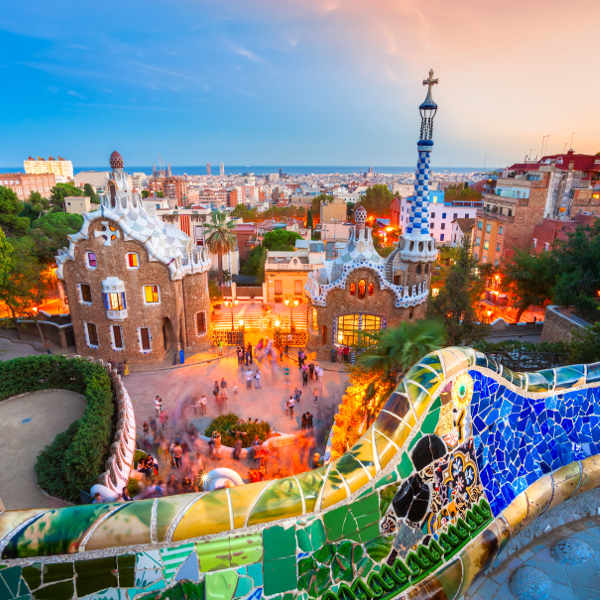 Art lovers can experience the works of both earlier and contemporary artists in the Catalan Art Museum and the famous Picasso Museum. The city is a mosaic of creative works and spaces!

Wait for the summer crowds to disperse and book your trip to Barcelona during the shoulder seasons, occurring from April to June, and between September and October. The mild, sunny days and cool nights will make your sightseeing experience very enjoyable. The peak summer months of July and August see temperatures spike and humidity levels rise, making outside activities a little uncomfortable. Should you find yourself in Barcelona during February and March, you can catch the Mardi-Gras carnival celebrating the ‘Arrival of the King’. Music lovers can catch the electronic music festival, featuring world-famous DJs, lighting up the summer sky in June.

Originally built as a Roman city in the Middle Ages, Barcelona is home to a variety of architectural splendours in the form of cathedrals, monuments, parks and museums. The city is the capital of the Catalonian region in Spain and is the largest city on the Mediterranean Sea. Barcelona is renowned for its summer festivals, Mediterranean cuisine and historical landmarks, and its rich cultural heritage draws flocks of tourists each year. Landmarks such as Park Güell, Casa Mila and La Sagrada Familia are World Heritage Sites not to be missed!

History and art lovers will be captivated by the works of Picasso and Gaudi, while nature lovers can find some solitude in the urban and botanical parks scattered around the city. With seven beaches stretching the unspoiled coastline, you’ll definitely want to soak up the sun and take a dip in the warm, Mediterranean waters.

No matter when you decide to visit, Barcelona’s feisty festivals, historical attractions and pulsating nightlife will leave you with plenty to see and do!

Compare several airlines, and book your cheap flights to Barcelona online with Travelstart!

Barcelona is a beautiful city, but unfortunately, an all too common place for robbing unsuspecting tourists. Be aware of your surroundings at ALL times. Do not let your guard down, especially when in a crowded area. Train stations and busy streets are prime hotspots for thieves to make their mark. Recent scams include a group of youngsters engaging you in a street game of football or impromptu samba dancing and while you’re distracted, they’re helping themselves to your belongings. Do not carry large amounts of cash or flash expensive items around and leave your passport safely locked away in your hotel room. When in a restaurant, keep bags on your lap or between your legs on the floor.

Be wary of engaging in conversation when approached by strangers, and ensure items are securely stored in a closed bag. The crowded area of La Rambla should be avoided at night if travelling solo. Just keep an eye out, take the usual precautions and you’ll be perfectly safe to enjoy the sights and sounds of the city at any time.

No matter what your taste or budget, the city has plenty of options for an unforgettable stay! There are four main areas frequented by holidaymakers. For an authentic downtown experience, consider a hotel near the central square of Plaza Catalunya, situated in close proximity to main attractions, great shopping spots and transport stops.

For a more stylish experience, the 19th century Eixample neighbourhood resembles a fusion of new and old with its historic Gothic buildings and modernist architecture sprinkled between trendy coffee shops and restaurants.

The edgy district of Ciutat Vella provides the more discerning traveller with an historic experience of this Gothic city with its architecture and narrow, cobbled streets lined with boutiques, cafés, museums and markets.

If you wish to be near the beaches, the Sant Marti district is home to some popular hi-tech neighbourhoods. This area gets especially busy during the summer months, so be sure to book well in advance!

Barcelona has an extensive public transport system, serving both locals and tourists. The metro and bus networks run throughout the city and are a much cheaper way to get around, compared to taxis. The most economical ticket is the T10, costing €10, giving you access to buses, the metro, trams and the Montjuïc funicular. Train routes operate until midnight, while night buses are available well into the morning should you stay out later.

Taxis are easily available 24 hours a day and the average cost of a journey around town is €9. Should you require a taxi from a restaurant, the staff will call one for you. As in any European city, the best way to take in the sights and atmosphere is by walking around and diving into the hidden shops and cafés tucked away behind cobbled alleyways. 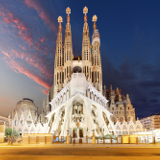 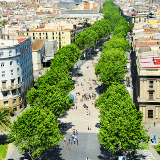 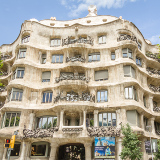