Famed by lofty, oak tree-lined streets, Raleigh, nicknamed the “City of Oaks”, is the capital city of the state of North Carolina, USA. Populated by over 440,000 residents, this city is part of the Research Triangle and is a hub for culture and education. Popular attractions include the Neuse River Trail and the North Carolina Museum of Art.

Experience the city’s historical landmarks and warm Southern hospitality because cheap flights to Raleigh are now available! The city is served by Raleigh–Durham International Airport (RDU), a 20-minute drive from the city centre. 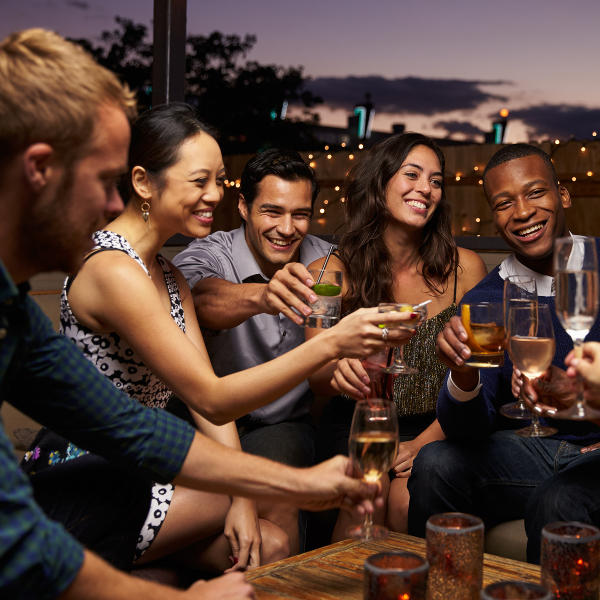 Rock out to local bands at Raleigh’s live-music bars, enjoying a uniquely-crafted, ice-cold beer. Watch a musical or ballet at the lively theatres downtown, or simply kick back on a rooftop bar and dance the night away. 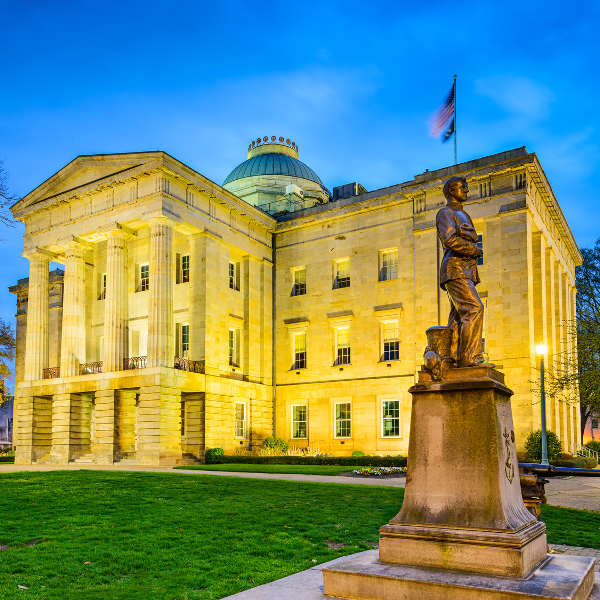 The oldest town in North Carolina, downtown Raleigh is home to some of the state’s most historic buildings. Take a tour of the city or just walk around, visiting the memorable museums and monuments along the way. 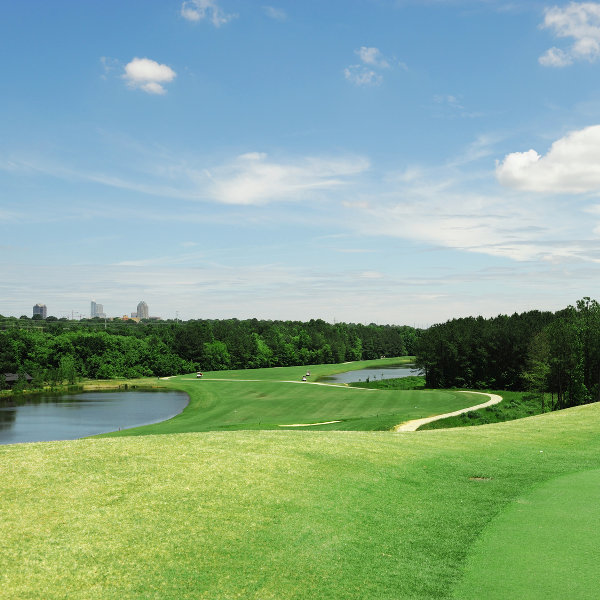 Raleigh is interspersed with wonderful parks. Adventure-seekers can enjoy the thrilling experiences of hot air ballooning over the city, horse riding and ziplining through the forests; while the hiking trails and golf courses offer great relaxation!

Make the most of the stunning foliage, vibrant colours and fragrant spring blossoms and head over to Raleigh in either spring (March-May) or autumn (September-November). You’ll be treated to art and music festivals galore – the perfect way to experience the cool outdoors. Summertime (June-August) sees a quiet lull in the city as college students leave for their holiday. Also, the high temperatures and rainfall create a blanket of humidity over the city. Winters (December-February) bring a brisk chill to Raleigh, but do like the locals do and stay warm by cheering for your favourite basketball team!

Established in the 1580s by Sir Walter Raleigh as a temporary English settlement, Raleigh is fondly called the “City of Oaks” with its towering trees and lush parks. Deemed the “Smithsonian of the South”, Raleigh is home to a burgeoning arts scene, and its diverse neighbourhoods each harbour their own unique flair of culture. See the Neoclassical homes and antebellum farmhouses of the 19th century in the historic neighbourhood of Oakland. African-American heritage runs deep in Raleigh and there are many sights paying tribute to the struggle. The Mordecai Historic Park is a departure point for narrated tours of the city’s historic sites. Trace the state’s 14,000-year-old history and see a life-size replica of the Wright brothers’ plane at the North Carolina Museum of History.

When you’re not engulfed by the historic attractions, you can find yourself peddling around the lakes or taking in a live performance in Pullen Park. The Neuse River Trail travels through forests and wetlands – a picturesque trail for joggers and cyclists. Raleigh also opens onto a landscape of surrounding wineries and vineyards worth exploring.

For some retail therapy, pop into the City Market where you’ll find a collection of boutiques, galleries and restaurants. With a booming food truck scene, you can find tasty varieties of local fare and uniquely-crafted beers like no other.

Compare several airlines, and book your cheap flights to Raleigh online at Travelstart!

Raleigh, along with the rest of North Carolina, is a fairly safe city with no violent crime known to occur towards tourists or locals. Since most bars and restaurants accept credit cards, there is no need to carry around large amounts of cash. Exercise the usual safety precautions and be vigilant of your surroundings. Do not walk down unlit streets or empty alleyways at night and be extra careful when using an outside ATM after dark. The university campus is relatively safe and there is a public safety escort service available in the early hours of the morning.

It is always recommended to take out travel insurance, in the event of unforeseeable theft and medical expenses.