Beneath the deep purr of classic cars and sultry twang of guaguancó, Santiago de Cuba is a city that hums with Caribbean mystique and rebel soul. It is the second most important city in Cuba and home to over 500,000 people. Popular attractions include Castillo de San Pedro de la Roca, Barrio El Tivolí and Cementerio Santa Ifigenia.

Surrender to the shabby charm of Cuba with cheap flights to Santiago de Cuba! Santiago de Cuba is home to Antonio Maceo Airport (SCU), which is a 25-minute drive from the centre of the city. 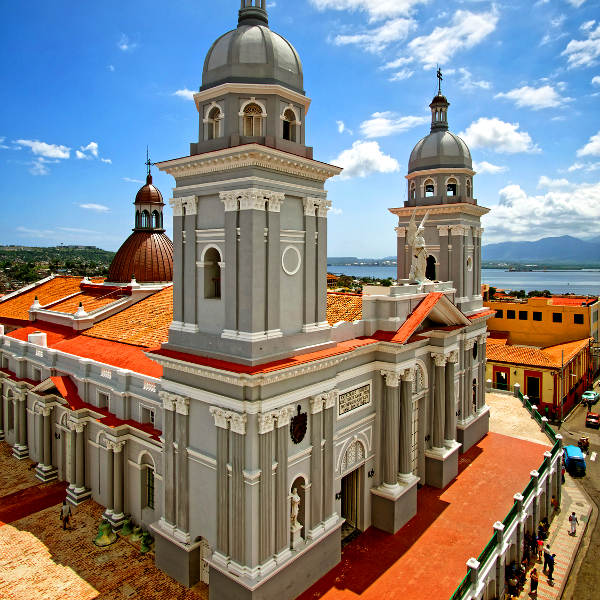 From Baroque to neoclassical, the streets of Santiago de Cuba are lined with cathedrals, colourful façades adorned with crowded balconies and ornamental plazas that beg to be explored and adored. 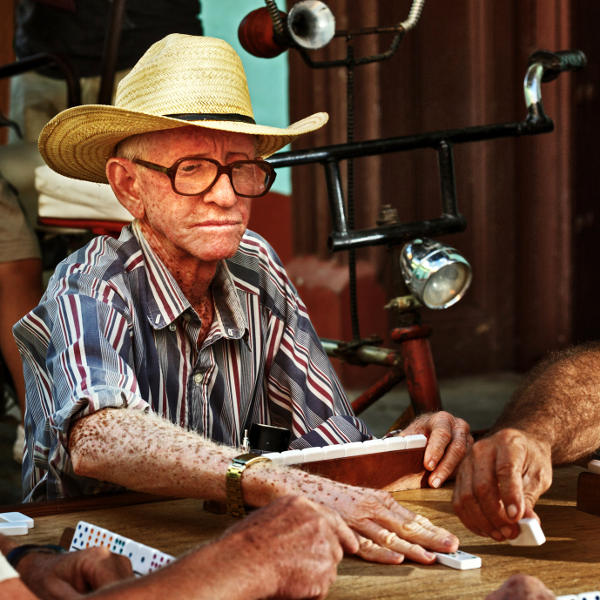 Santiago de Cuba is known for its cultural life. Wander along the rustic streets and you will encounter locals playing dominoes, musicians strumming guitars and the smoky aromatics of cigars. 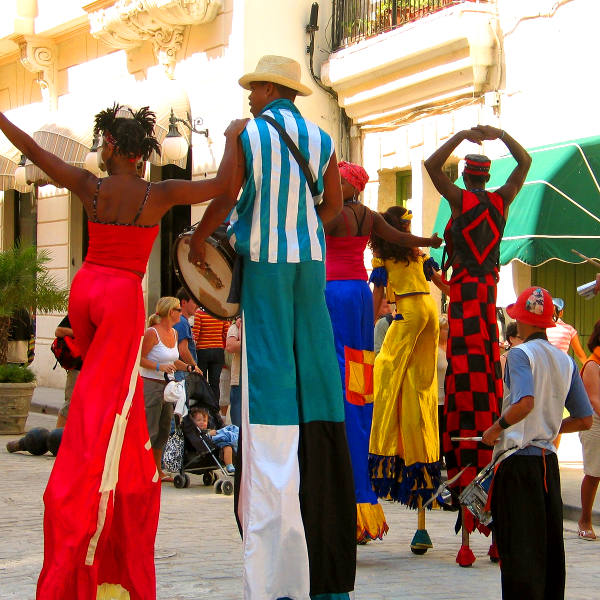 Every July, the streets burst open with dazzling displays of colour and conga rhythms as Carnival takes over the city. It is the largest carnival in the Caribbean and the most traditional in Cuba.

Santiago de Cuba experiences a tropical climate with two distinct seasons: wet and dry. The rainy season lasts from May to October. Humidity soars from May to August and hurricanes whip around the city in September and October. The best time to visit is during the dry season (December and January are peak season). The city bustles with activity during these months and delectable, balmy weather drapes itself over the island. If you can brave the sultry summer temperatures, a July trip will give you a chance to feel the feverish energy of Carnival. For cheap flights to Santiago de Cuba, the best time to visit is from May to October.

Santiago de Cuba is a city of colourful façades and old streets that tremble with the rumble of classic cars and twang of guitar strings. It is a city that hums with the echoes of rebellious mystique and fierce Afro-Cuban soul. And it was the birthplace of Cuban Revolution and Bacardi Rum.

Wander along the steep streets and you will find locals hanging out on the Padre Pico Steps or vendors selling Barbecued pig on street corners. You will also find museums and galleries such as the Museo de la Lucha Clandestina and Museo Municipal Emilio Bacardí Moreau.

Follow the sweet aromatics of rum and you will find your way to the Bacardí Rum Factory. Traditional rum is still brewed here and tastings are on offer. For those interested in the history of Cuban rum, the Museo del Ron is a must-visit (be sure to have a drink in the bar below).

Be sure to explore Tivolí, the old French Quarter, and try local delicacies on the Plaza de Dolores. When the sun goes down, surrender to the seductive energy of Calle Heredia.

Although Santiago de Cuba is considered a relatively safe city, you should still take the usual precautions and remain vigilant throughout your trip to avoid any unpleasant situations. Travel insurance to cover theft and medical expenses is recommended.

Apart from petty theft such as pick-pocketing and bag snatching, the biggest problem in the city is overzealous jineteros (touts). Familiarise yourself with the various scams that pervade the streets of Santiago de Cuba before arriving and be polite but firm if you are approached. Only make use of licensed and reputable taxis when getting around (especially at night). Cuban drivers can be reckless and the streets a dangerous place; remain vigilant when crossing or walking along roads.

Proof of yellow fever vaccination is required if you are travelling from an infected country. Zika virus, dengue, chikungunya and other insect-borne diseases are common, so the necessary precautions should be taken to avoid bites and infection. Vaccinations for hepatitis A & B, cholera, typhoid and rabies are recommended. Routine vaccinations include MMR, diphtheria-tetanus-pertussis, meningitis, varicella, polio and influenza. Stick to bottled water.